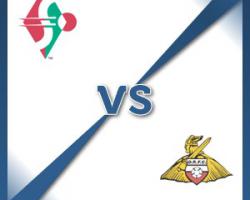 Swindon V Doncaster - view commentary, squad, and statistics of the game live.Robins wait on ToffoloSwindon are waiting on the fitness of Harry Toffolo before naming their side to face Doncaster.The Norwich loanee is rated as touch and go for the County Ground clash having missed last weekend's win over Notts County with a knee injury and boss Mark Cooper may decide to stick with Ben Gladwin who impressed in the left wing-back's absence.George Barker is in contention having overcome a hamstring injury as is Jack Barthram who is training despite having sprained his wrist.Amari'i Bell will also be available for Cooper's men who could go top of League One if they better Bristol City's result.Dean Furman may return to the Doncaster line-up but Nathan Tyson will remain on the sidelines.Both players have missed matches in recent weeks but midfielder Furman (groin) has trained and he could be added to the travelling party

However, Tyson's calf strain is set to keep him out, with Rovers erring on the side of caution with the forward ahead of the forthcoming Christmas schedule.The likes of Cedric Evina, Harry Forrester, Liam Wakefield and Marc De Val Fernandez are options for Doncaster boss Paul Dickov, whose side have won six of their last nine away games.Elsewhere, Rovers skipper Rob Jones has suffered another injury setback

The 35-year-old defender has been out since September and had hoped to return to action this month after undergoing knee surgery, but he has broken down again in training